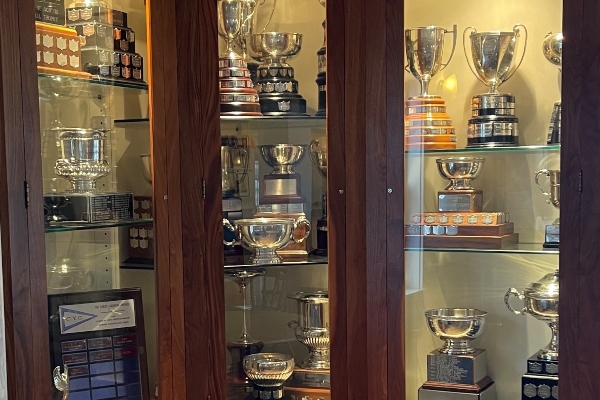 Sue McAlpine has spent the last couple of weeks getting the trophies that will be handed out during Helly Hansen Chester Race Week ready for their big days. McAlpine’s been polishing, shining, and transferring the cups to the case on the main floor of the Chester Yacht Club where they will stay until after race week is over.

McAlpine has spent the last 11 years taking care of the trophies for Chester Race Week, plus all the other cups for Chester Yacht Club’s series racing during the season. In 2011, McAlpine and offered her services to take care of all the trophies and she’s been doing it ever since.

“They said, ‘give her a go,’” McAlpine recalled. “It was a learning process for me and now it’s much easier. I enjoy seeing the winners have at least their 15 seconds of fame. They worked hard all week to fight the elements ⁠— or no elements ⁠— to receive a trophy. They also say, ‘thank you, Sue.’ I do appreciate that.” 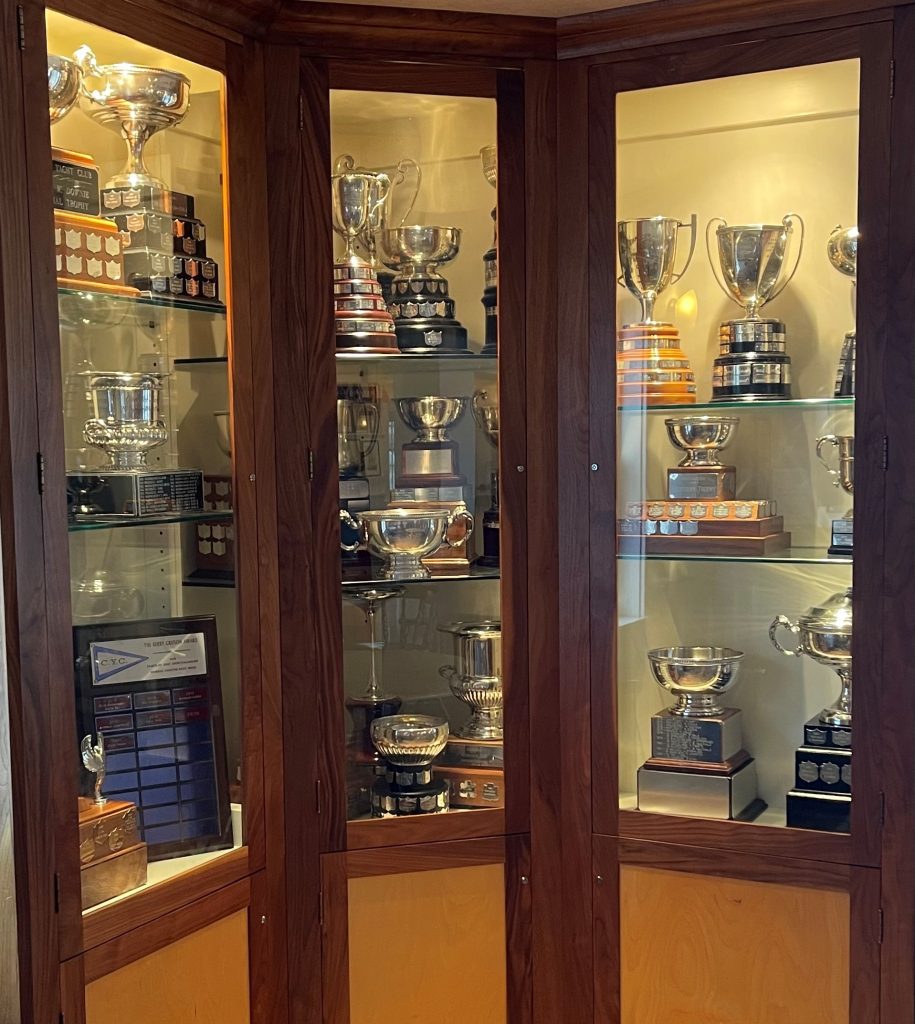 McAlpine takes care of 73 trophies, 35 of which belong to Chester Race Week. To polish and clean the trophies, she used to use Silvo, which proved to be too hard on her hands. So, she switched to a product that’s a soap-clay mix she orders in from Germany. She also makes sure the names of the winners are correctly engraved on the shields of the trophies. She hires Choice Awards in Bridgewater and Himmelman’s Trophies and Gifts to help fix the trophies and engrave the names on the shields. 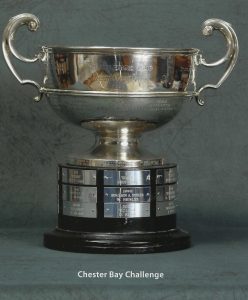 There’s a lot of history in these awards. The oldest of the trophies is the Chester Bay Challenge Cup, which was made in 1904. That cup goes to the winners on the inshore and distance fleets on Day 3. McAlpine says that trophy has beautiful handles or “ears.” 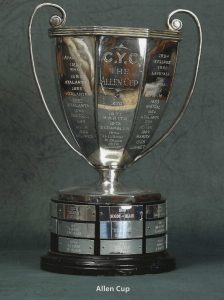 Another historic cup is the Allen Cup, which is awarded to the winner of the classics fleet on Day 1. Some of the trophies were long ago donated by American families and came with pages of legal contracts.

“It was quite an arduous job to donate a piece of silver to a club,” McAlpine says. “If anything has to be changed or updated, I contact the heirs of the trophy to see if they would comply to any kind of change. Then it’s documented and we move on. I’ve never had an issue with anyone. They want their cup out there, they want their name recognized, and they want the cups used because of that family history.”

McAlpine has been involved in racing for years. She and her husband, Don, raced Chester Race Week. Right now, they’re waiting for a new boat, a J/9 made by the Johnstone Brothers, that will arrive at the end of August. The pair have won trophies at Chester Race Week over the years.

From about June to about the last series of racing that finishes around the end of September, McAlpine will spend about 40 to 50 hours taking care of the trophies.

Winners get their name and the name of their boat engraved on the trophy or a plate on the trophy face. They also get a “keeper” is a prize they get to take home with them. McAlpine takes care of all that, too.

This year with no COVID restrictions, McAlpine says her table to display the trophies will be outside at the club just like normal. When Chester Race Week is over, she’ll place all the trophies in safe keeping on another floor at the club.

“I remember when I first started racing a bazillion years ago it was a much smaller event. Now it’s a big event and there are a lot of people involved. Kudos to all the volunteers who try to put in the hours to help out. There are many cogs to the wheel.”

To learn more about the Chester Race Week trophies, visit the website here.