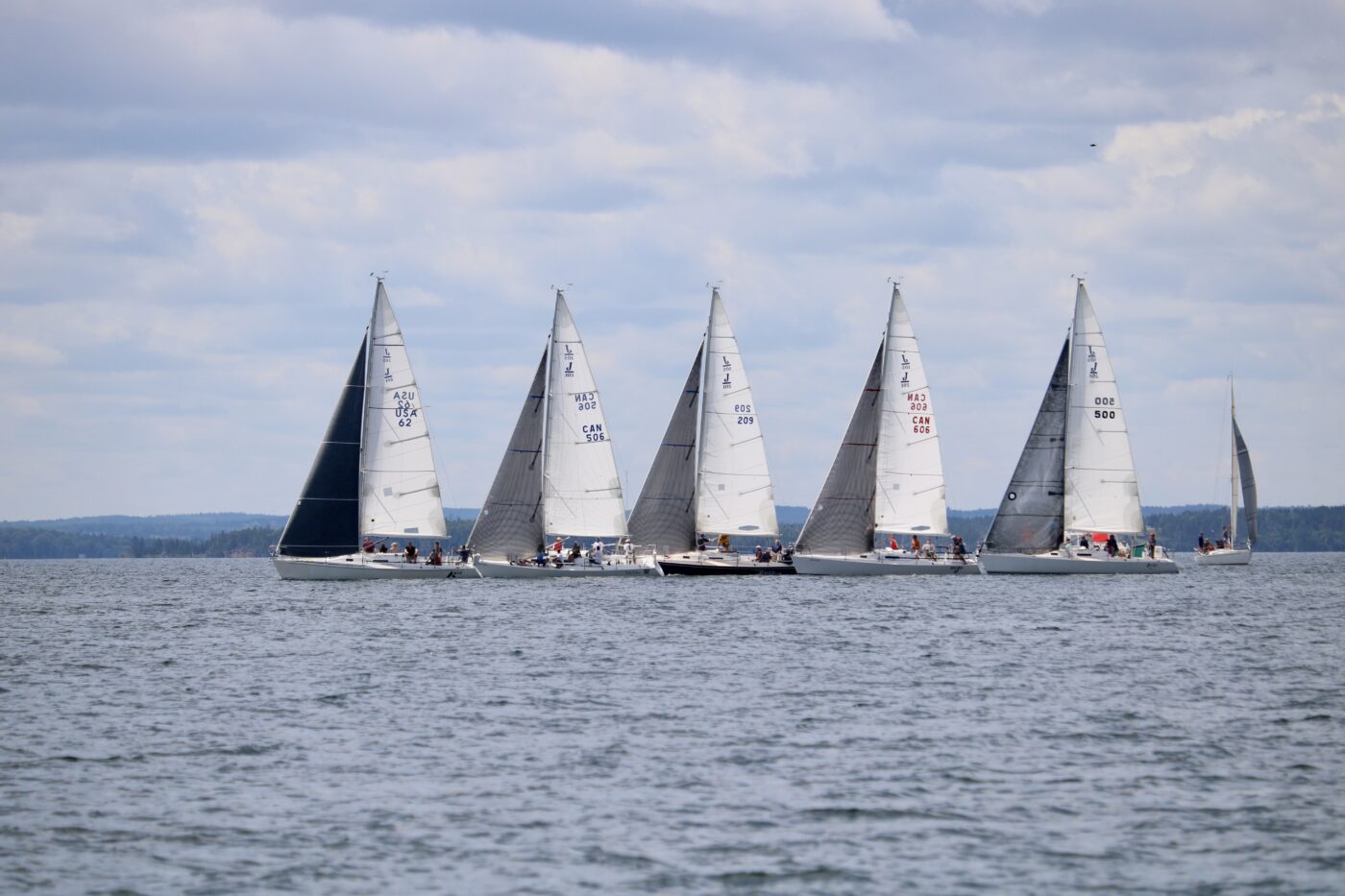 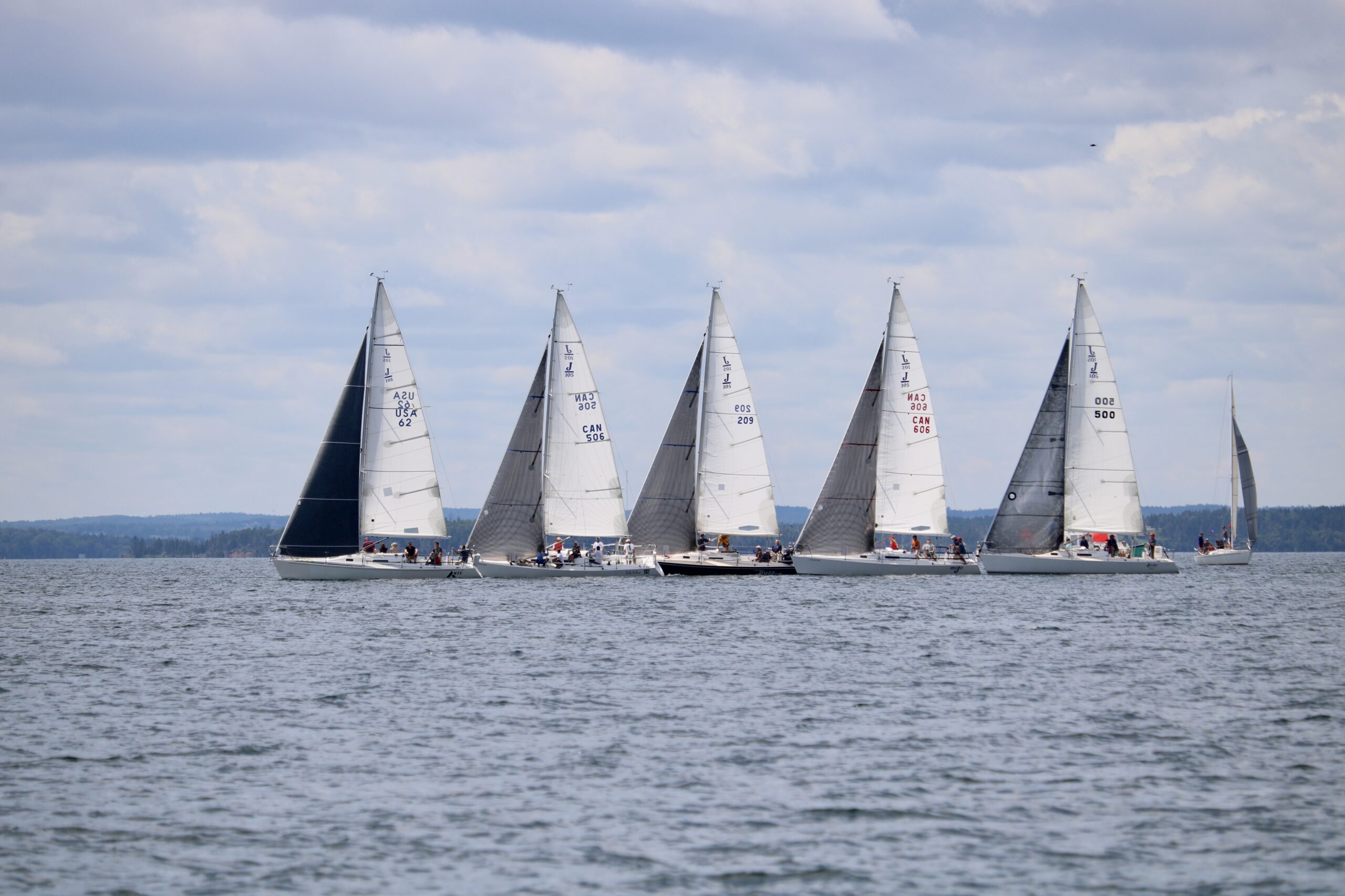 Helly Hansen Chester Race Week is back for 2021. Here’s a shot from the racing in 2019. Photo: Tracey Wallace

Brian Todd served as a race officer with Chester Race Week for about 12 years. But Todd has since retired from that role and this August is racing at Canada’s largest keel boat regatta.

“I am fairly old and it’s time for younger people to do that job and I just love racing,” Todd says. “I’ve been racing all my life and I enjoy every moment.”

Last year’s event was cancelled because of the COVID-19 pandemic. And while this year’s regatta will look a bit different and crews will have to follow safety protocols, Todd says the racing will be as exciting as always.

“Crews know what to do to stay within the COVID rules, but there’s an excitement to get out and participate and have some fun racing,” Todd says.

“Chester Race Week is a melding point for racers across the Maritimes. Everyone recognizes it as being a well-run, well-organized event, so people are excited to go there and race against other boats they haven’t raced against for two years. I think it’s going to be a good year.”

Todd has been sailing for about 65 years, starting out at the Bedford Yacht Club. He’s coached, too, and raced in regattas in Cork, Kingston, and New England. But Chester Race Week was always a favourite. He took on the role of race officer at Chester Race Week about 12 years ago when Andreas Josenhans, principal race officer and technical race consultant, called him up and asked if he’d be interested in helping out.

“He brought me into it and I kind of enjoyed it,” Todd says.

During his time as race officer, Todd suggested to organizers run a separate one-design course.

“As a race officer, I wanted to bring my experience in international racing and coaching to make Chester Race Week as good as it could be,” Todd says. “That changed in that we really worked to give an excellent product for the racers.”

That good product includes good square courses, courses that are the proper length for the boats, fair races that are stopped when the wind isn’t good enough, and having officials who listen to racers to learn what they liked about the racing each day, and incorporating that advice into the next day’s races.

Todd says Chester Race Week is special for other reasons, too, notably the location, which has islands in the bay and lots of space for interesting and challenging courses. And, of course, there’s the entertainment, even though those festivities might be on hold this year.

“It’s a festive atmosphere,” Todd says. “Everybody wants to do their best at the racing, but they’re there for a good time.”

Helly Hansen Chester Race Week offers spectators an exciting time, too. Todd says for those visitors on the water, they can catch the excitement at the marks, especially on the one-design course where the boats are coming in at very close intervals.

Meanwhile, spectators on shore at the Chester Yacht Club can catch the action of the races in the Bluenose class.
Todd has yet to find a crew for this year, but he’s hoping to get on a sonar, Bluenose, or an IOD. In a he crew, he’s looking for good sailors, who want to focus on the task at hand and the racing. But whatever boat and crew he finds, Todd really has one goal for this year.

“Good racing,” Todd says. “I think that’s what all the competitors go there for. Thanks to Andreas and what he set up years ago, to provide the best racing possible, once you have that, the rest of the program just fits in.”

Todd says his time has race officer has changed his perspective on racing. He says he hopes to bring that perspective to his racing this August.

“I always hope whatever I do makes me a better racer,” Todd says. “Being a race officer gives you a wide-angle perspective on everything that’s going on. Because as a race officer, you’re always looking upwind, and where the wind is starting to form, build, and shifting. You’re doing that as racer, too, but being a race officer makes you a little more aware of it.”

“It certainly has sharpened my starting performance, getting to the line and getting off the line, and making sure my head is out of the boat. What I saw on the race committee was obvious, and a lot of competitors weren’t seeing it at all. I look for those opportunities all the time.”